You Are Here:
Home
/
Bryan Taylor 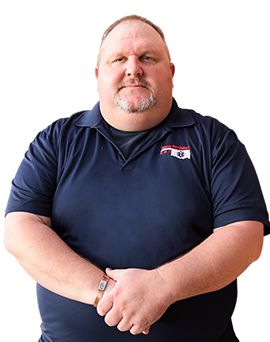 Began his career at the City of Collinsville in 1995 as a Firefighter/EMT and Reserve Police Officer and continued working thereeither full-time or part-time until 2000.In 1998 Bryan’s passion for the fire service landed him a full-time job at the Cushing, OK fire department until 2000 when he obtained his Paramedic and was offered a full-time job at the Owasso, OK Fire Department as a firefighter/Paramedic.

Bryan retired out of the fire service in 2008 and then began his career with Mercy Regional EMS in 2009.Bryan’s hard work and dedication to Mercy Regional led to the promotion to supervisor in 2010 and has been in a management role ever since.