You Are Here:
Home
/
Jeremy Fern 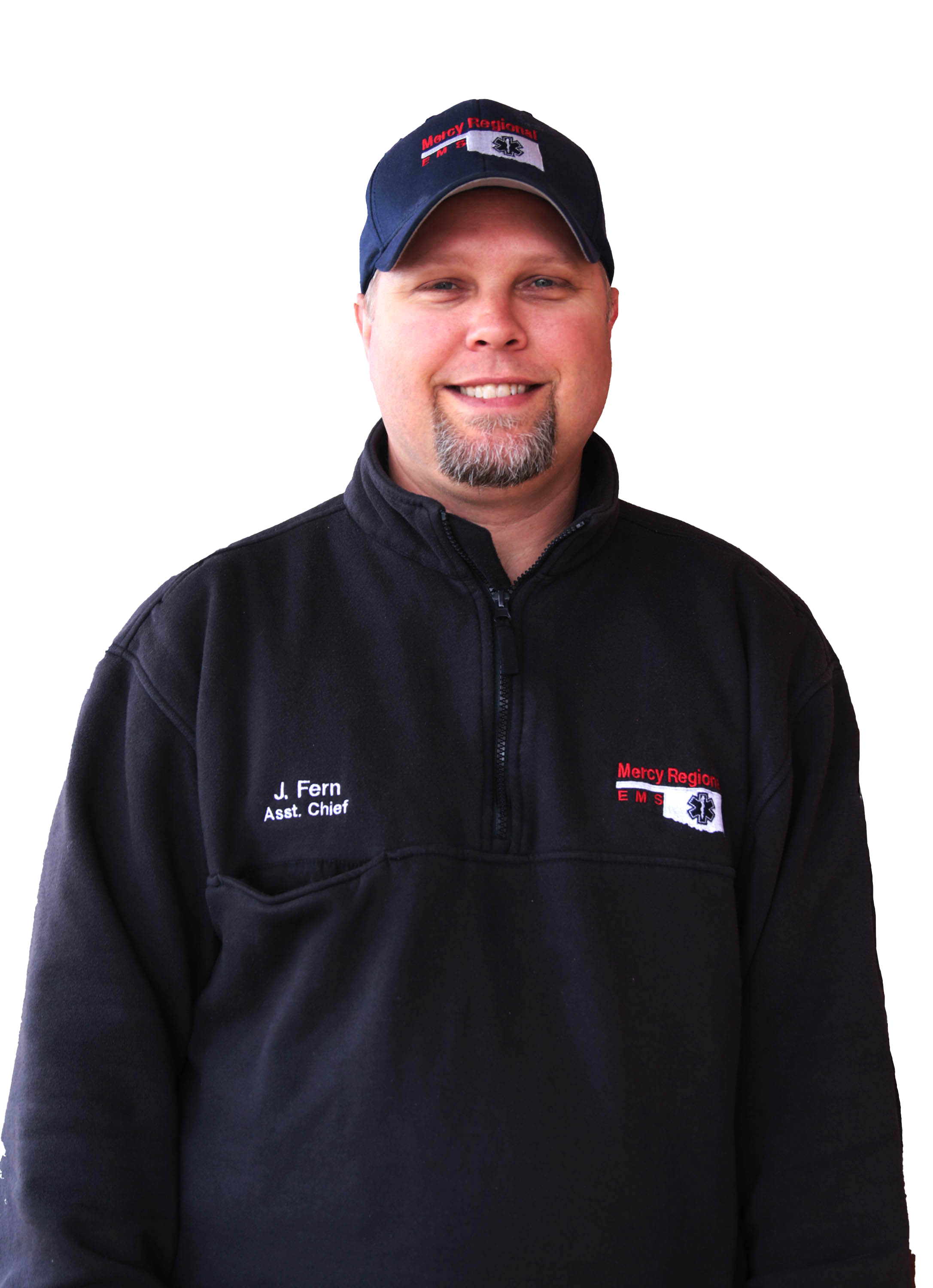 Jeremy started in public safety in 2006 as a volunteer firefighter. He obtainedhis EMT-B in 2008 and worked part time for Hanco EMS in Ohio. In 2010 he received his EMT-I, began full time in EMS and was promoted to Lieutenant. In November 2012 Jeremy received his Paramedic license. Jeremy moved to Owasso, OK and started with Mercy Regional EMS as a Paramedic January 2013 and quickly promoted to shift supervisor.

In 2015 Jeremy was promoted again to Operations Manager where he oversees daily operations.