You Are Here:
Home
/
David Puckett 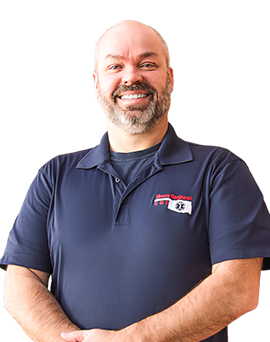 David started as a volunteer firefighter at Collinsville Rural Fire in 1993. He received his EMT license in 1994 and continued as a firefighter at Northwest Fire Department where he promoted up to Fire Chief in 2006. While working in the fire service David worked for various EMS services part-time and fulltime.

David has been with Mercy Regional since 2007 part-time as an EMT and Dispatcher. David began working full-time for Mercy Regional EMS in 2015 after retiring from the fire service with 22 years.